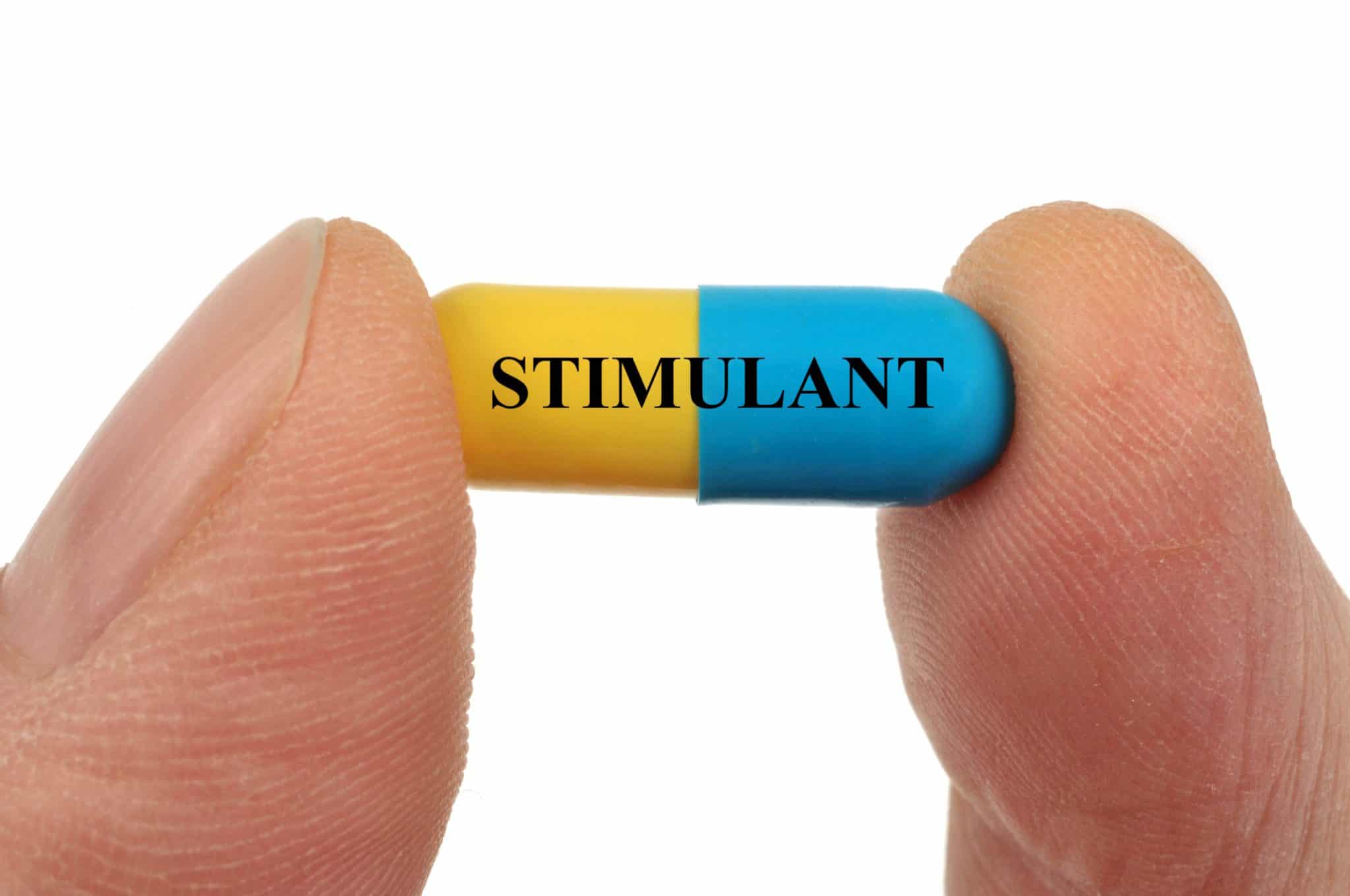 Adderall is a prescription medication used to stimulate the nervous system. Caffeine, the ingredient found in your morning coffee or tea, is also a stimulant. When used simultaneously, the effects of both are enhanced. In small doses, the combination of Adderall and caffeine is not dangerous, but it is possible to overtax the nervous system. Understanding how each medication works individually and their possible interactions can help you avoid overdoing the two together.

What Is Adderall And How Does It Work?

Amphetamine/Dextroamphetamine, which is sold under the name Adderall, is a prescription drug that targets the neurotransmitters dopamine and norepinephrine. These two neurotransmitters help increase focus, alertness, and concentration. They also increase dopamine which can make you feel happier. Adderall is mainly prescribed for people who suffer from Attention Deficit Hyperactivity Disorder (ADHD) and Narcolepsy. Both of these conditions have symptoms including an inability to focus and depressive nervous systems.

While the outcomes of Adderall for people who need a stimulant can be very beneficial, it can also pose some less than desirable side effects. Adderall affects epinephrine, a neurotransmitter involved in the “flight or fight” response. The fight or flight response is the body is meant to put you on high alert in the event of danger and give you high levels of adrenaline so you can hypothetically run, or fight your way out of bad situations.

This system is great when you actually need it but can put unnecessary stress on the body when it’s triggered at inappropriate times. This can result in high blood pressure, sweating, jitters, anxiety, and nausea. Adderall and chest pain are common as well since a common cause of chest pain is anxiety and high heart rate. Some other side effects to be aware of include:

Under the right circumstances, Adderall can be a helpful tool in dealing with certain brain conditions. A lot of people experience life-enhancing results from the prescription. When abused, or used without proper reason, it can make you very uncomfortable and ill. If you experience any of the above systems or chest pain with Adderall, talk to your medical professional.

What Is Caffeine And How Does It Work?

Caffeine, the name used for the chemical trimethylxanthine, acts as a stimulant on the central nervous system. Usually, caffeine is ingested through beverages, but can be found in the form of a pill, gum, and more recently, snack bars. Caffeine is naturally found in plants like the coffee bean, yerba mate, and tea. It can be extracted and concentrated into other substances.  It stimulates the central nervous system by increasing the heart rate, respiratory system, and has psychotropic effects (mood-altering).

Caffeine ingestion causes an initial increase in alertness, focus, and energy. Its effects will be steady for around 2-3 hours, and then dwindle around hours 4-5 causing what is known as a “crash”. This crash will be defined by lack of energy, tiredness, and brain fog. The crash is caffeine withdrawal and sends most people off to their next cup of coffee or tea.

Caffeine is the most widely used drug in the world, and it’s very addictive. In small doses, caffeine can have health benefits. It increases productivity, can reduce the chances of developing type II diabetes, and improves focus. Too much, or any for sensitive people, can cause adverse reactions. Signs of too much caffeine include:

Most people don’t need to talk to a doctor about their caffeine intake. As a general rule, one or two cups a day should be enough for optimal use. If you experience any of the above symptoms, it’s best to cut your intake down.

What Happens When You Mix Adderall With Caffeine?

Adderall has less of an effect on caffeine and usually won’t deter the natural effects of the stimulant. Caffeine, however, can have a major effect on Adderall’s efficiency. Plenty of studies have shown that taking caffeine at the same time as Adderall, or within a few hours of taking Adderall, can decrease the effectiveness of Adderall and increase the negative side effects. This essentially means that Adderall will lose its ability to help improve aspects like focus, concentration, and alertness. At the same time, it will likely increase the less desirable feelings of anxiety, jitters, and nausea.

Medical professionals tend to advise people who take Adderall for treating conditions like ADHD and narcolepsy to steer clear of caffeine when they’re taking the prescription to avoid losing potency. In many cases, people stop using the combination on their own because the side effects can be so unpleasant.

What Are The Health Risks Of Adderall And Caffeine For The Brain And Body?

There are some health risks associated with combining Adderall and caffeine to be aware of. The most common risk factor of using the two simultaneously is the risk of over-taxing the brain and cardiovascular system. This can lead to chest pain and anxiety. When blood pressure and heart rate are increased in high amounts, the body is forced to work extra hard to keep all the major organs and systems functioning.

This triggers the brain to send more signals to the organs and nervous system, and less to the brain itself. The result of this is trouble thinking, anxiety, feeling tired, and an inability to concentrate. This is the opposite effect that people want when taking these drugs.

There is also an increased chance of developing an addiction when Adderall and caffeine are combined. Both of these stimulants are addictive. If you don’t experience the negative side effects and have increased positive stimulation, it’s possible to constantly want to return to that state of concentration and energy. Caffeine addiction is not always taken seriously, but it can be one of the most difficult things to give up. Giving up caffeine alone is challenging, so adding the combination of Adderall leads to an incredibly difficult habit to kick.

How To Safely Use Adderall And Caffeine?

Adderall and caffeine are not inherently dangerous drugs. As long as you’re careful, and understand how they work, you should be able to use both in moderation. Most doctors suggest that if you have a daily prescription of Adderall, keep your caffeine intake to under 100g (1 cup of coffee) a day. If you have a prescription for Adderall, but only take it on occasion, try to use caffeine on days you aren’t taking Adderall. In general, if you develop any negative side effects or chest pain with Adderall, don’t introduce caffeine and speak to your doctor.

What Other Drugs Should Not Be Combined With Adderall?

There are a few interactions you should really avoid if you are prescribed Adderall. The most commonly known interaction is with an MAO inhibitor. You should avoid taking Adderall if you have had an MAO Inhibitor (Monoamine Oxidase) within the last 14 days. MAO’s are a class of antidepressant drugs that elevate dopamine levels.

Some MAO’s include amitriptyline, Parnate, and Ensam. While they are still prescribed, most of them have been replaced with drugs that have fewer side effects. Taking Adderall after taking an MAO inhibitor can cause hypertensive episodes and should always be avoided. This is labeled a “major interaction”, meaning it has the potential to be dangerous.

The second known interaction is alcohol. Adderall should also not be taken with alcohol or within a few hours of having alcohol. Combining alcohol with long-release Adderall can cause a rapid release of the stimulant which may result in severe anxiety, insomnia, and hypertension. If you regularly drink alcohol, talk to your doctor before starting Adderall.

Adderall also should not be taken while pregnant, breastfeeding, or with foods that have high levels of vitamin C. Vitamin C, found in citrus fruits, can lower the potency of Adderall’s effects.

As a general rule of thumb, always consult your doctor before taking Adderall. f you do get a prescription, make sure your health care professional is aware of every medication you are taking, or may potentially take in the near future. This is the best way to avoid any uncomfortable interactions.

Our programs range from 30, 60, and 90-day programs. We use specific protocols for drug and alcohol addiction, co-occurring disorders, and more. All tracks engage the client in a transformative process based on the principles of a successful recovery and are grounded in evidence-based practices of substance use disorder. For more information, contact us anytime to start your journey to recovery.