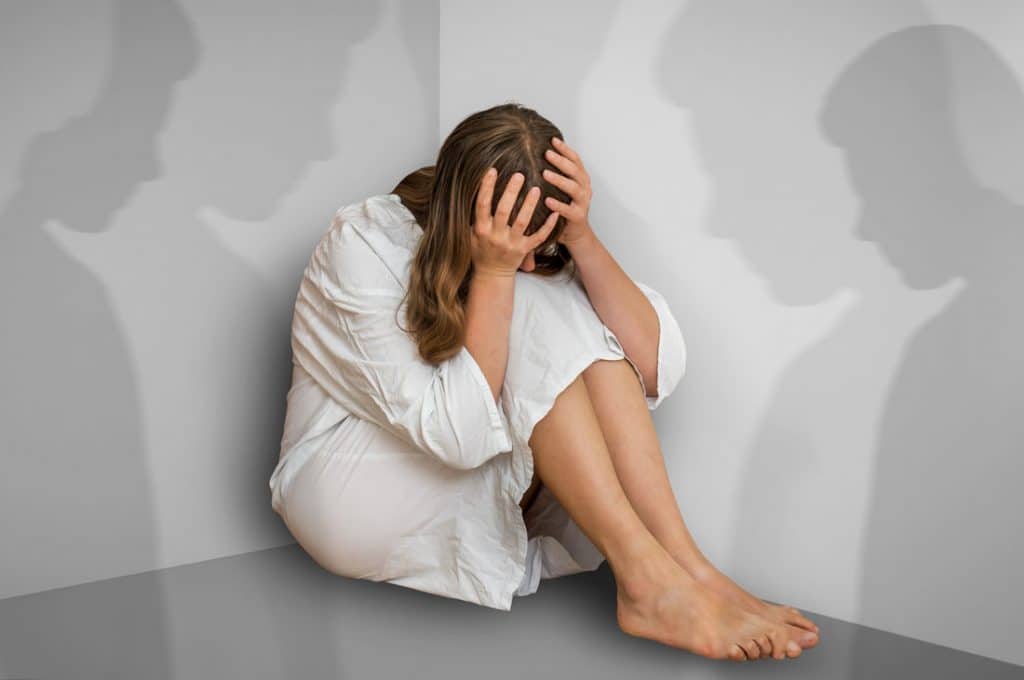 Schizophrenia is a disorder in the brain that affects roughly 1% of all US citizens, estimated at 2 million adults. People with schizophrenia are often unable to recognize what’s real (reality) and what’s not (imaginary).

They may also have difficulty reacting to various social scenarios in an emotionally proper manner. This usually causes conflicting interpersonal relationships in other major areas of life, like work or school.

While the direct causes of schizophrenia disorder are still unknown, researchers believe it is connected to the following factors:

Schizophrenia runs in families and occurs in 10% of people with an immediate family member like parents or siblings with the disorder. Researchers also believe specific genes inherited from parents could increase the risk of developing schizophrenia. Science has also discovered that people with schizophrenia often have unique genetic mutations that could disrupt brain development.

Brain structure and brain chemical imbalances like serotonin, dopamine, and glutamate are links to schizophrenia. These brain imbalances will affect stimulus reactions and lead to hallucinations and hypersensitivity, both of which are common schizophrenia symptoms.

Scientists have discovered little differences in the brain structure of people with schizophrenia as well. These differences include enlarged ventricles, decreased gray matter, and increases and decreases of activity in parts of the brain.

Scientists also believe a person’s environment and genetics could also play a role in schizophrenia development. Environmental factors can include health-related issues during birth, like exposure to viruses, infections, or malnutrition. Other unknown psychosocial factors could also contribute.

Signs and Symptoms of Schizophrenia

Schizophrenia affects every phase of a person’s personality and mind. One of the most prominent indication signs is psychosis or actions that differ dramatically from reality as encountered by others.

Schizophrenia is more common amongst the male population than females. Its symptoms manifest all throughout the stages of a person’s life. Examples are losing a relative, experiencing a family break up, or attending a new school or job. People who had one seem happy and normal could become increasingly eccentric, displaying obscure behavior and speaking in strange ways.

Early signs of schizophrenia include:

Behavioral symptoms of schizophrenia include:

Schizophrenia is identified by a wide range of symptoms that make it difficult for the person affected to function normally. Symptoms vary and may be behavioral, emotional, or cognitive. Psychiatric evaluation and a comprehensive medical exam can determine if someone has schizophrenia or a different neurological disorder.

Other Symptoms of Schizophrenia include:

Various forms of schizophrenia disorder based on the person’s dominant symptoms include:

Luckily, even with such severe symptoms, the symptoms of schizophrenia and addiction can be managed with professional mental health and addiction treatment.

What is Bipolar Schizophrenia?

Those with depressive schizophrenia will frequently experience depressive episodes. Schizophrenia disorder affects 0.3% of Americans, affecting women and men equally. However, men can develop schizophrenia early in life, but it can be effectively managed with proper care and treatment.

Schizophrenia symptoms will depend on the mood disorder. They will vary from severe to mild and can also vary depending on the person experiencing them. A specialist will usually categorize schizophrenic symptoms to be either psychotic or manic.

Psychotic and schizophrenia share the same symptoms, which include:

Negative symptoms can transpire when something is missing, like enduring pleasure or the ability to concentrate or think clearly.

Schizophrenia is frequently mistaken for substance abuse because both disorders share similar symptoms. This usually makes it difficult to diagnose schizophrenia and co-occurring disorders. However, researchers proceed to examine both disorders concurrently to increase the accuracy of dual diagnosis.

The first step in dual diagnosis treatment is medical detox, which flushes drugs from the user system. Once the patient completes detox, a specialist can assess their schizophrenia symptoms to decide the best therapy course.

While using medications to manage symptoms, dual diagnosis patients will attend several therapy programs to address their disorder’s underlying causes. One of the more common forms of dual diagnosis treatment is family therapy. Many patients with schizophrenia are members of high-stress families. Family therapy helps to reduce the severity and amount of stressors that can trigger substance abuse and schizophrenia.

Getting Help for Schizophrenia

If you or a loved one struggles with schizophrenia and addiction, know that a successful recovery is 100% achievable with schizophrenia rehab. Our dual diagnosis treatment program here at Granite Mountain Behavioral Healthcare can help stop the cycle of both co-occurring disorders.

If both a schizophrenia disorder and substance addiction are present, do not hesitate any longer to receive help from a schizophrenia treatment center. Contact us today at Granite Mountain Behavioral Healthcare and allow our treatment staff to get you the answers you need to help make a life-changing decision.