Skip to content
Home  »  Addiction Treatment   »   Signs of Adderall Abuse: Who is Abusing it The Most? 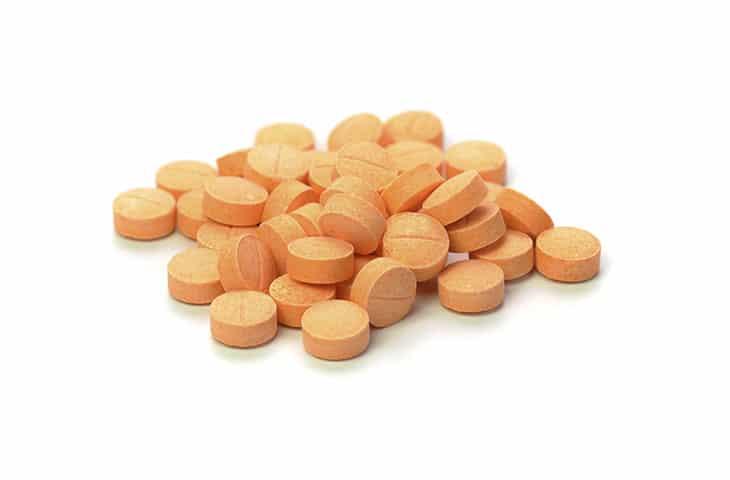 With any drug, most people are aware that there are often side effects associated with taking it. For those who take Adderall, prescribed or not, the reward is oftentimes more important than the consequences. Individuals who use this drug regularly may begin to show signs of Adderall abuse.

Are you or someone you know addicted to Adderall and don’t know where or who to turn to for help? At Granite Mountain Behavioral Healthcare, our drug addiction specialists help people with drug addiction get back on the road to sobriety.

One of America’s Favorite Drugs of Choice

Many students and former students would most likely say that studying late into the night and cramming for exams was just a normal part of being in high school and college. But, can you think of how many countless stories that you have heard about someone who used Adderall in some capacity when they were in school?

While it is the norm, especially more so in college to pull an all-nighter, people are able to keep up with their crazy academic workloads, because they resort to taking Adderall, also known as the “Study” or “Get ahead” drug.

Adderall does seem to keep people laser-focused. But, what is crazy, is not why people take it or how it works. Instead, the number of people who use it, prescribed or often unsubscribed, is alarming. Surprisingly, this medication is so easy to get. It is true to say that Adderall has become the foundation of most modern American college campuses today.

Think about it for a second. A magic drug that makes people feel like a rock star at school or work; hyperalert and able to get anything done. I know, it sounds like Charlie finding the golden ticket in Willy Wonka and the Chocolate Factory. But, truth is, while Adderall is approved by the FDA and only available through a prescription from a licensed psychiatrist, it is one of the drugs most frequently abused and used illegally.

Adderall is a medication classified as a stimulant, made up of amphetamine and dextroamphetamine. It is commonly used to treat people diagnosed with a behavioral disorder, such as Attention Deficit Disorder/Attention Deficit Hyperactivity Disorder (ADD/ADHD), and sleep disorders, such as Narcolepsy. For individuals with these disorders, the drug helps one’s ability to focus, pay attention, and control behavior. Other symptoms that result from taking Adderall include suppressed appetite and weight loss.

Only available by prescription, Adderall is a tablet that is commonly ingested orally. Available in various dosages, ranging from 5mg to 30 mg, depending on the person and the severity of their symptoms. According to the National Institute of Health (NIH), doctors usually start patients with a lower dose and gradually increase it as needed.

While Adderall is one of the most well-known medications used to treat hyperactivity, there are two versions, Adderall and Adderall XR. Both Adderall and Adderall XR work by increasing these neurotransmitters in the brain that are responsible for regulating attention and focus. While both types have the same ingredients, they absorb in the body differently at different speeds, along with the strength and dosage.

Adderall tablets are usually taken first thing when someone wakes up in the morning, so it can absorb, as subsequent doses must be taken four to six hours apart. More than one Adderall pill can be taken as instructed.

Adderall XR is a secondary form of Adderall, but with an extended-release. This means, that the capsule dissolves slowly, and the ingredients are released into the body throughout the day, which makes the drug last for a long period of time. Adderall XR is only taken once a day.

So, the question is, how does someone realize that they are abusing a drug, such as Adderall?

This may be a hard pill to swallow, but the most common group of Adderall abusers is the American youth, ranging from high school to college students. A study published in The Journal of Clinical Psychiatry found an increase in the non-medical usage of Adderall, resulting in an increased number of ER visits, but no increase in prescriptions for the drug.

This evidence further indicates that Adderall abuse is on the rise, especially on college campuses, being the second-most common drug abused, besides marijuana. 60 percent of people ages 18-25 use the drug without a prescription.

Students often see using Adderall as a win-win situation. After all, what’s not to like about being able to focus for long periods of time for a few dollars or for free even? Those who sell or share Adderall justify it with the idea that “sharing is caring.”

Adderall is now so prevalent on college campuses that students act like it is water because they perceive the drug as a harmless and relatively benign substance. As the pressures of school increase, people found it necessary to increase their dosage, makes sense right?

However, again, people don’t understand or are aware of the science behind what these drugs can do to one’s brain and body. The more a person takes Adderall, the more their body will become used to it. While the drug has its benefits, it still has addictive properties, and those who don’t necessarily need it can become addicted if not careful.

The more someone takes Adderall, the body becomes dependent on it, which often leads to the start of abuse and addiction. This is because, just like prescription opioids, Adderall is known for its high potential for tolerance, which is what leads to addiction, or the progression to other stronger substances. The side effects of Adderall withdrawals can be debilitating, which can make it difficult for people to quit using.

One Adderall pill was enough to convince you that the drug was amazing. Once people who are especially not diagnosed with ADHD continue to abuse Adderall, they experience what is called “The Adderall High.” The drug produces euphoria and gives people energy. But it is much more than that. It kind of makes people feel like they can do anything, feel almost superhuman. This is where the danger comes into play.

When people are on Adderall and then come off the drug, they will often start to seem depressed and lethargic. They may not be interested in doing anything, and they tend to be detached from the people and activities they once enjoyed doing.

There are many signs of Adderall abuse. Also, there are also common warning signs that someone is addicted to Adderall, not just using it recreationally. Remember that addiction can include a psychological or physiological dependence on the drug.

The problem comes in when people who use Adderall keep taking the drug. His or her body may become dependent on it, eventually. As a result, the individual’s body slowly stops working properly. This is due to substance dependency and tolerance.

Identifying Some Signs of Adderall Abuse

Adderall abuse occurs in several ways. Some of the common signs that someone is abusing Adderall include:

Eventually, with continued use of Adderall, people will start to experience withdrawal symptoms if they don’t take the drug, and ongoing use of Adderall can lead to chemical imbalances in the brain. The brain becomes so used to the Adderall over time, that every time it is taken, what once worked in the beginning, no longer works or has the same effect.

Therefore, people continue to increase the amount they take, to feel the same “high” effect they once used to feel from a lower dosage. Before they know it, they are addicted and need help to end this vicious cycle of Adderall abuse.

How Does Adderall Affect the Brain and Body?

Adderall, a stimulant, which works by increasing the levels of neurotransmitters known as dopamine and norepinephrine within the central nervous system (CNS), consisting of the brain and spinal cord.

Norepinephrine is responsible for producing many effects within the body. It’s mainly associated with releasing adrenaline. This provokes the “fight or flight” response when the perceived danger. Norepinephrine affects how the brain responds to events, particularly the speed to which it reacts to outside stimuli.

Dopamine is the body’s “feel-good” chemical. This is because it plays a major role in the motivational component of reward-motivated behavior.

When someone takes Adderall, norepinephrine speeds up the CNS. This keeps the neurotransmitter in the synapses longer. In turn, it triggers alertness, clarity, increasing focus, and decreasing appetite. Dopamine is the reward neurochemical. It’s why someone who uses Adderall may experience feelings of happiness or euphoria. While euphoria from dopamine is natural and warranted, drugs like Adderall produce abnormal amounts of it. This leaves people who need the drug or want it coming back for more.

When someone has ADHD, taking Adderall helps them be calm, focus, concentrate, think things through, and control their behavior. Sometimes, people who don’t actually have ADHD or haven’t been properly diagnosed still take Adderall. This is due to the fact that they see it as helpful. While it is illegal for individuals with a prescription to sell drugs to others, that doesn’t stop some from profiting off their prescription.

However, the brain sees it differently. For some, the drug can have the opposite effect. In other words, in people with ADHD, the drug, used in conjunction with appropriate behavioral and psychotherapeutic interventions, brings their level of stimulation down to a level where they’re better able to function. In healthy people, the drug has the opposite effect. It over-stimulates the brain, causing long-term adverse symptoms and withdrawal.

Side effects are a sign of what is occurring within the brain and the body. Our bodies are connected to our minds. So, whenever something happens in the brain, it sends a signal to the body for a reaction. Adderall creates a lot of activity in the brain. This can be problematic for people who have a mental disorder such as anxiety. Taking this drug can worsen one’s mental health disorder symptoms. Still, that doesn’t stop people from becoming addicted

Thankfully, there is help for those who are suffering from substance abuse. Individuals who are dealing with Adderall dependence can find hope. Through treatment and therapy, people can become free from addiction.

Granite Mountain Behavioral Healthcare offers drug addiction treatment to help those who are dependent on Adderall get clean and maintain sobriety. The biggest step you can make toward recovering from addiction is picking up the phone and asking for help.

Our goal is to provide compassion and support during your decision-making process for seeking treatment. We are here for you every step of the way. Contact us today at (877) 389-0412.