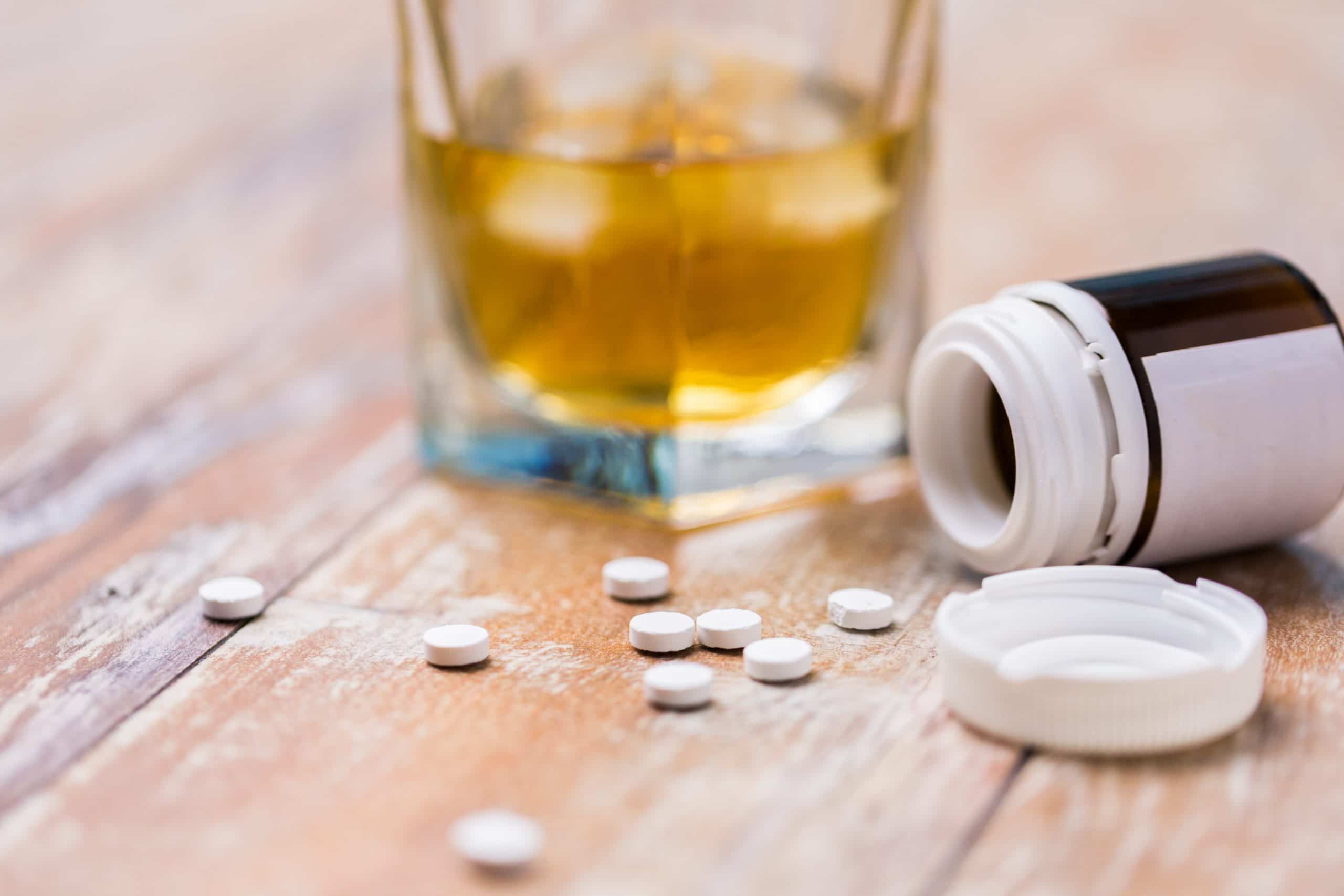 What is Polysubstance abuse?

Polysubstance dependence is listed as a substance disorder in the Diagnostic and Statistical Manual of Mental Disorders (DSM-IV TR), which is used by mental health professionals to diagnose mental disorders.  When an individual meets criteria for dependence on a group of substances (at least three used in the same 12-month period) he or she is given the diagnosis of polysubstance dependence.

Dangers of Polysubstance Use

While the combination of certain substances can enhance the desired effects, polysubstance abuse also enhances the negative effects of each drug.  According to the University of Michigan, mixing drugs can bring unpredictable consequences. This means that users can not predict the array and severity of negative consequences that could result.

The Effect on Learning Ability

The effect of polysubstance dependence on learning ability is an area of interest to researchers.  A study involving 63 polysubstance dependent women and 46 control participants (not using drugs) used the Benton Visual Retention Test and the California Verbal Learning Test to look at visual memory and verbal ability.  The study showed that in the substance-dependent women, verbal learning ability was significantly decreased, though visual memory was not affected. Besides, alcohol and cocaine use led to more severe issues with verbal learning, recall, and recognition.

Certain drugs were associated with particular mental functions, but the researchers found that the impairments for working memory and reasoning were caused by the misuse of multiple substances.

Women and men differ when it comes to addictions.  Research has shown that women are more likely to be polysubstance dependent.  A larger percentage of women abuse legal drugs such as tranquilizers, sedatives’ and stimulants.  Men, on the other hand, are more likely to abuse illegal drugs such as cocaine, meth, and other street drugs. Women addicts more frequently have a family history of drug abuse and describe their addiction as a sudden where men describe their onset of drug use as gradual.

Females have a higher percentage of fatty tissues and a lower percentage of body water than men. This slows the absorption rates of drugs, which means these substances are at a higher concentration in a woman’s bloodstream. Women addicts are at a greater risk for fatty liver disease, hypertension, anemia, and other disorders.

The DSM-IV TR states that three or more of the following symptoms must occur at any time in a 12-month period in order to meet diagnostic criteria for substance dependence.

Although any combination of three drugs can be used, studies have shown that alcohol is commonly used with another substance. This is supported by one study on polydrug use that separated participants who used multiple substances into groups based on their preferred drug.  The three substances were cocaine, alcohol, and heroin, which implies that those three are very popular.

Opiates, cannabis, amphetamines, and inhalants are often used in combination as well.  The results of a long-term study led the researchers to observe that using one drug excessively increased the probability of excessive using another drug.

The University of  Michigan’s research found that reports of prescription drug abuse were 18 times higher in participants who were dependent on alcohol.  Alcohol is often mixed with prescription opiates like Vicodin and OxyContin. It’s also commonly combined with stimulants like Ritalin and anti-anxiety drugs like Xanax.  Mixing alcohol with prescription drugs can lead to dangerous interactions and potentially life-threatening results.

Cocaine and alcohol are commonly combined.  When a cocaine user drinks alcohol, the amount of cocaine in their system increases by 30%.  A metabolite is produced that stays in the bloodstream longer which causes their heart rate and blood pressure to increase.  The person may then consume more alcohol because the cocaine reduces the perception of the alcohol’s effects which sets up the possibility of alcohol poisoning.

Research Regarding the Causes of Polysubstance Dependence Include:

Clearly, care should be taken to look into a dual diagnosis with any addiction.  As with any course of treatment, it is important to identify the root cause of the polysubstance abuse.  By exploring the underlying causes of the addiction, it is possible to get the patient on a clear path to sobriety.

Does Abstinence Matter In Polysubstance Abuse?

The results showed that neuropsychological ability did not improve with increases in the length of time abstinent. This suggests that polysubstance dependence leads to serious impairment which cannot be recovered much over a year.

Researchers set out to answer this question by testing 207 polysubstance dependent men.  They used the BVRT for testing visual memory, the CVLT for verbal memory, the Wechsler Adult Intelligence Scale vocabulary portion for knowledge of words along with other tests used to test inhibition, abstract reasoning, and attention.

Detox in Cases of Polysubstance Abuse

If you or a loved one are showing signs of polysubstance addiction, finding treatment is the best thing you can do. Since detox in the case of multiple substance abuse is more complicated, inpatient medical detox is generally recommended.  With medical detox clients are supervised 24 hours a day by medical professionals. This ensures continuous monitoring of vital signs and prompt action should any medical emergencies occur. Physicians often administer medications to counteract certain withdrawal symptoms such as nausea and mood fluctuations.

In some cases, long-term maintenance medications may be administered.  For example, if a person was regularly abusing painkillers like Vicodin along with cocaine, medical staff may give a replacement medication such as methadone to ease the severity of the opioid withdrawal.

Due to the unpredictability of withdrawal from multiple substances, continual monitoring is always needed.  And the continual support and encouragement in medical detox increase the chance of successful withdrawal.

It is complicated but it is treatable. While detox is an important first step to recovery, it is not an effective treatment on its own.  It must be followed up with a comprehensive addiction treatment program that primarily includes therapy.

The most common forms of treatment for polysubstance dependence include:

An in-patient treatment center is a facility where addicts move to the facility while they are undergoing treatment.  They offer a safe environment where patients will not be exposed to situations that could potentially harm their endeavors to become sober. Inpatient treatment for polysubstance dependent patients sees a much higher success rate.

Inpatients usually undergo detoxification under medical supervision in the treatment center. During their time in the center, patients learn to manage and identify their drug addictions and to find ways to cope with whatever is the cause of their addiction.

Outpatient treatments offer many of the same activities that are offered in an inpatient facility, but the patient is not protected by the secure environment.  The patient usually continues to hold a job and goes to treatment nightly.

Twelve-step programs are offered in both in-and outpatient treatment.  They offer meetings were members can discuss their experiences in non-judgemental and supportive surroundings.

Patients are also offered one-on-one counseling sessions and cognitive behavioral therapy.  The goal of CBT is to identify the needs that the addictions are being used to meet and develop skills and alternative ways of meeting those needs.  Patients are taught how to identify harmful thoughts and drug cravings.

Medications can be very helpful in the long term treatment of polysubstance dependence. Medications are a useful aid in helping to prevent or reduce drug cravings and prevent relapse.  It is not as useful as the sole treatment method.

Recovery from multiple drug abuse is possible but it is a serious and complicated process. That loss of control you feel, or that you are witnessing in your loved one can be brought back into control and the person who is determined to get help has made a very important first step.  Contact us at 877-338-6287.