Skip to content
Home  »  Addiction Treatment   »   The Scary Rise of “Mexican Oxy” in Yavapai County: What is it and What You Should Know 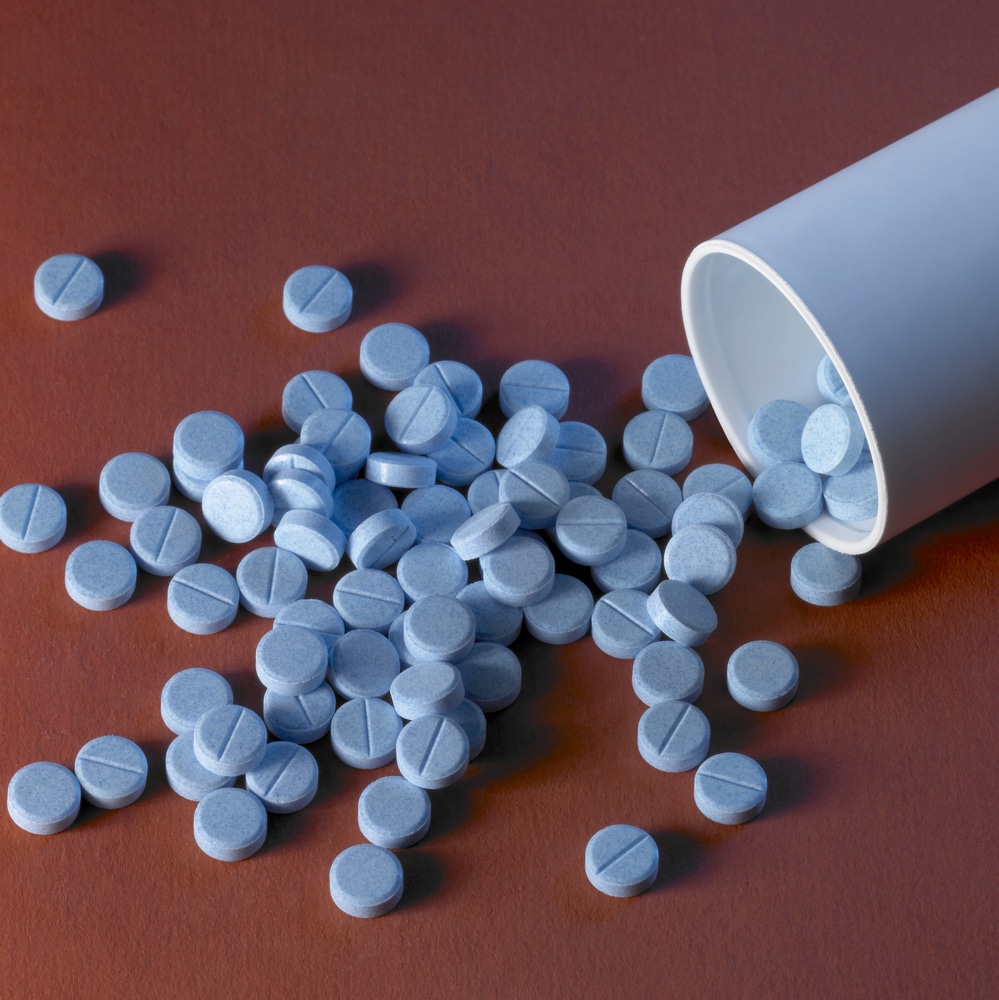 What is “Mexican Oxy”?

One of the newest illegal drugs coming to the U.S. right now, Mexican Oxy are characterized as blue pills that are pressed and made to look just like oxycodone hydrochloride tablets, with an M and a 30 stamped on them. The drug is mostly made up of fentanyl, and some reports claim there are high doses of the opiate in the pills, too, making this “oxy” quite lethal.

Fentanyl is the most reported drug in cases of overdose in Arizona, and lethal cases have been on the rise. From 2015 to 2017 alone, the numbers have tripled, surpassing known drugs like heroin. Cases of overdoses from opiates in Yavapai county and beyond continue to rise even with measures taken in the state of Arizona. While fentanyl can be legally prescribed, illegal versions laced with other drugs and substances are causing an epidemic, as well as many deaths.

The drug is reportedly originally produced in China, and its biggest buyers are located in Mexico. Authorities have reported that Mexican oxy has been smuggled into the U.S. through the border, and known cases seem to be focused in the southern area of the country. Arizona seems to be the hot spot for the drug, but they have also been found in other states like Mississippi.

Difference Between Oxy vs. Mexican Oxy

By looking at them, even long-time users of prescription drugs cannot tell Mexican oxy apart from the official pills. Despite the misleading term “oxy” in the name, Mexican oxy is not oxycodone. While oxycodone is a semisynthetic drug, produced in a controlled environment and therefore more predictable when it comes to its side effects, Mexican oxy is the complete opposite.

As mentioned before, Mexican oxy contains high levels of fentanyl, mixed with other substances as well. Some have gone as far as calling fentanyl “100 times stronger than morphine”, as the drug has been linked to the death of even famous people, like Prince. When speaking of these opiates, Yavapai county Sheriff Lt. Nate Auvenshine explained: “There’s less stigma to taking a pill than putting a needle in your arm, but one of these pills can have enough fentanyl for three people.”

Police have reported that the amount of fentanyl found in these pills range from 0.03 to 1.99 milligrams, which means it is either almost nothing or actually lethal. So a user can either be a victim of a scam or a victim of the drug and taking a chance can be too high a price to pay. This also is a sign of lack of quality control, confirming that these pills are not done in a lab, and maybe not even produced by the same manufacturer. It is becoming a lucrative business, which is a terrible sign.

While the amount of fentanyl with each pill varies, the symptoms from taking it and from withdrawal should be the same as fentanyl. It is also important to remember these are not pure drugs, either, so other substances might be found in these pills and could make it stronger, or cause a reaction that can result in the collapse of the user’s system.

Someone taking fentanyl might experience the following, which are more common:

These are just some of the milder side effects from taking the dreaded drug alone, even in controlled, temporary doses – so there’s a higher chance of experiencing that and even more with bigger doses for longer periods of time. As for the other drugs this version of illegal fentanyl might be laced with, each of them would cause a different reaction, so it could be hard to predict their side effects.

People who have not taken the opiates found in Yavapai county and other counties should not take this epidemic lightly. Being an addict in the state of Arizona can put anyone at risk of coming in contact with Mexican oxy, and what is scarier is that they might not even know they are taking it. There have been registered accidental overdoses and deaths caused by the drug where users thought they were taking oxycodone.

New Drug, Same Treatments – And We Have Them All

If you or a loved one are facing addiction right now, especially in the state of Arizona, you could one day come face to face with the killer drug. Whether the problem is an addiction to oxy or actual fentanyl, each year new drugs are smuggled into the country or created right here, and it becomes more dangerous to sustain the habit with each passing day.

The best way to be safe from Mexican oxy is to get rid of addiction once and for all. It might take a few tries, and it might take a whole team, but help is available for those who need it the most. We at Granite Mountain Behavioral Healthcare aim to be just that – a helping hand in the fight for life. We believe in not living with shame, and lifting up our patients through our programs.

If you’d like to know more about how someone can finally free themselves from addiction through our services, visit our website and contact us for more information at your convenience. We will gladly answer any questions and walk you through the process that has saved many lives.