Skip to content
Home  »  mental health   »   Lithium for Bipolar Disorder: How Does It Work? 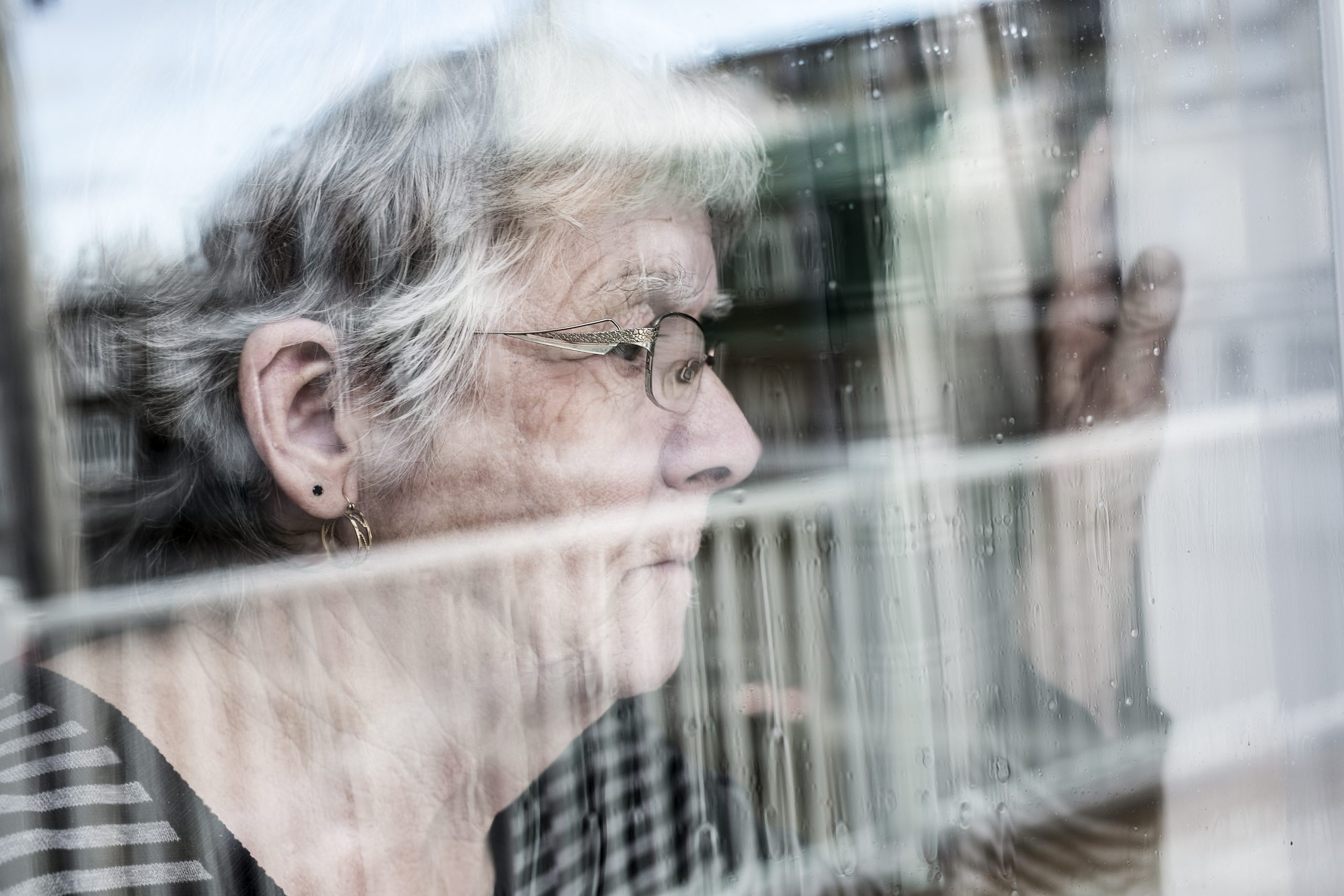 In the majority of depressive disorders, there is only one ultimate mood which is depression. However, many individuals with bipolar disorder also undergo a second extreme mood, known as mania. The episodes of the mania are as unmanageable to a person’s life as depression can be. To treat bipolar disorder, it is just as important to treat mania and depression.

Lithium is known as one of the oldest and most successful drugs used to treat depressive and mania symptoms of bipolar disorder. It is a mood stabilizer that comes in an immediate-release tablet, capsule, oral solution, or extended-release tablet. Lithium is also fairly costly due to its availability as a generic drug.

What Is Bipolar Disorder?

Even when the changes between the moods are mild, it can make it much more challenging to live your life. They have the potential of causing issues in your relationships and leading to overall poor performance in school and work. When the changes are severe, it can lead to suicidal behaviors and suicidal thoughts.

How Does Lithium Treat Bipolar Disorder?

It can decrease the intensity of manic episodes. Lithium is also able to make the individual’s depressive symptoms much less severe. The exact science of how Lithium works are unknown. Indeed, Lithium is extremely effective. However, the exact amount of Lithium that is needed to be effective is extremely close to the amount that can be poisonous to your body.

How Does Lithium Work for Bipolar Disorder?

Lithium works for bipolar disorder by reducing the frequency and severity of mania. It might also work by preventing and relieving bipolar depression. Lithium is also known as Lithobid and Eskalith is one of the most studied and used medications for treating bipolar disorder.

Studies have shown that lithium for bipolar disorder can reduce the risk of suicide significantly. It also helps prevent future depressive and mania episodes. As a consequence, it might be prescribed for lengthy periods as maintenance therapy even between episodes.

Lithium acts on an individual’s central nervous system (their spinal cord and brain). Doctors aren’t 100% certain on how Lithium works to stabilize an individual’s mood, but it is thought to overall help strengthen nerve cell connections in the person’s brain region that’s involved in regulating thinking, behavior, and mood.

How Does Lithium Make You Feel?

It was reported that Lithium can affect how awake and alert a person feels. Even by taking the correct dose, you’re able to still feel less mentally sharp and drowsy when taking Lithium. It’s extremely possible that if you feel confused and drowsy the Lithium dose is too high.

However, you must not attempt on changing your dose or the schedule on your own accord. Also, do not try to change the brand of Lithium without checking with your pharmacist or doctor first. If you are experiencing any problems, please speak with your doctor.

Additional Side Effects at Higher Dosages

Rare but Serious Side Effects

If you already have kidney issues, chances are taking Lithium can lead to kidney failure. The actual level of this risk depends on how severe the individual kidney disease is. Kidney failure is reversible when the Lithium treatment is ceased at a reasonable time. Your doctor will most likely be certain to assess your kidney function before even prescribing Lithium.

In extremely rare occurrences, Lithium treatment has been known to trigger Brugada syndrome in individuals who are inclined to it. Brugada syndrome is the unexpected, fast and uncoordinated closing, fluttering, and opening of the ventricles of a person’s heart. It’s not exactly known why the heart does this. The risk of unanticipated death from Brugada syndrome is quite high. It is most common among men of Southeast Asia origin.

In rare cases again, individuals who have taken Lithium with other drugs utilized to treat psychiatric disorders have developed brain disease. It’s quite imperative to discuss all of the medications that you take along with over-the-counter medications, herbal and vitamin supplements. By doing this, your doctor will be more equipped to avoid damaging interactions.

You must notify your doctor if you have suspected that you’re experiencing continual Lithium side effects or if you develop the following symptoms:

Inform your doctor about your medical history, including heart disease, kidney disease, cancer, allergies, and epilepsy. Make certain that your doctor is aware of all of the drugs you are taking. Avoid products that are especially low in sodium (salt) since a low sodium diet can lead to exceedingly high Lithium levels.

While taking Lithium, it’s pivotal to use caution when operating machinery, or driving, and limit alcoholic beverages. Individuals who engage in Lithium for bipolar disorder should consult with their doctor before taking any nonsteroidal anti-inflammatory drugs (NSAIDs) such as Ibuprofen. Since these medications can overall increase Lithium levels.

If you happen to miss a dose of Lithium for bipolar disorder, be sure to take it as soon as you remember it. Unless the next scheduled dose is within two hours or six hours for the slow-release forms. If it is, skip taking the missed dose, and resume your standard dosing schedule. Do not “double-up” to try to catch the dose up.

There are however some serious risks to consider. Lithium has been linked to specific birth defects and therefore, should be used with caution especially in pregnant women, especially during the first three months of their pregnancy. The actual safety of breastfeeding while taking Lithium is controversial and should also be discussed with the doctor in advance.

In some individuals, long-term Lithium treatment is known to interfere with an individual’s kidney function and can even lead to permanent kidney damage. This is why periodic monitoring of the blood tests are utilized to measure kidney functioning is so essential.

It was discovered that Lithium discontinuation happened more commonly because of “internal resistance to treatment” rather than adverse effects. There were only a few patients that stopped taking Lithium because of hyperparathyroidism or hypercalcemia, which are adverse effects associated classically with Lithium. About one-fourth of the patients who had discontinued Lithium was due to the perceived or actual lack of effectiveness. These same patients had to restore Lithium afterward.

How Quickly Does Lithium Work for Bipolar?

Lithium for bipolar disorder typically takes numerous weeks to begin to start fully working. Commonly, your doctor will order periodic blood tests throughout your entire treatment because Lithium can affect thyroid and kidney function. Lithium for bipolar disorder works the most effective if the actual amount of the drug in the individual’s body is maintained at a continual level.

The Lithium level in your body must not be too high or low, but just right. Your doctor might also suggest that you drink about 8-12 glasses of fluid or water a day during treatment and also use a standard amount of salt in your food. Both fluid and salt can affect the levels of Lithium in your blood so it’s vital to consume a balanced amount every day.

The actual dose of Lithium for bipolar disorder will vary among each individual and as the phases of each illness change. Even though bipolar disorder is treated often with more than one drug, some individuals can manage their condition with Lithium alone.

Does Lithium Change Your Personality?

Substantial effects and mood changes are induced by Lithium carbonate. Dysphoria, a loss of interest in interacting with others and the environment, lethargy, and even a state of increased mental confusion was reported. There weren’t any generalized effects discovered in the responses to the personality changes.

If you are looking for top-notch therapy and treatment for various forms of drug addiction, look no further. We have a nice variety of addiction programs ranging from ones that treat alcohol addiction, drug addiction, and mental health. Contact us today to get started on your journey.