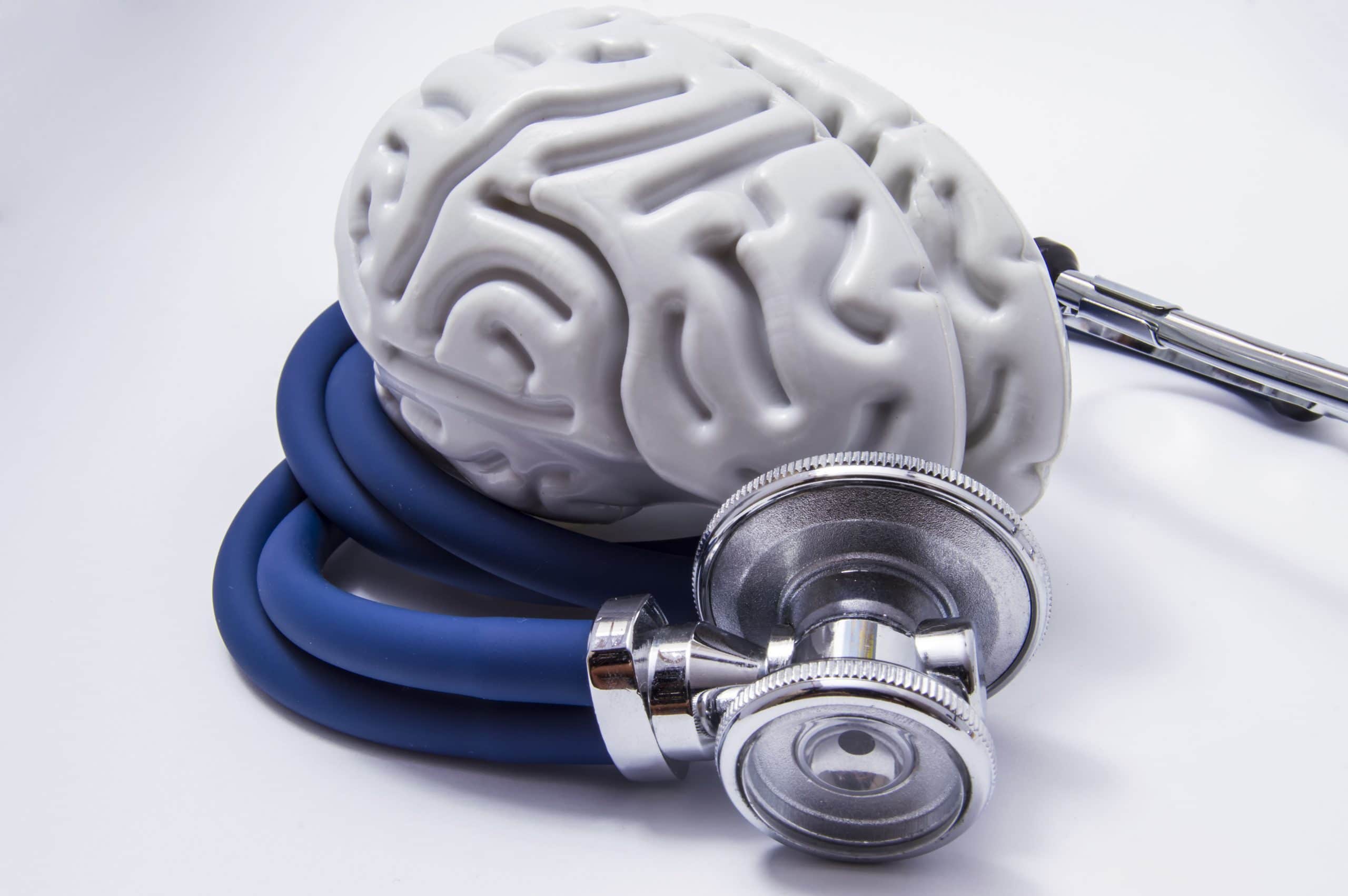 Oftentimes, people have an explanation for their behavior and tend to rationalize it to make what they are doing seem more acceptable. This is especially true for people who suffer from addiction to drugs and alcohol.

Despite the physical and psychological consequences of drinking and taking drugs, individuals who have this disease, view their addictive behaviors differently than those who don’t.

When friends and family try to make a person with a substance use disorder (SUD) see that they need help, it is common for someone with an addiction to not be deliberately willful. This is because they are set on their own beliefs and justify them, even though they are misguided and careless.

When a person always has a rational explanation for their irrational behavior, this is known in psychology as the cognitive dissonance theory.

At Granite Mountain Behavioral Healthcare, our team aims to help our clients with addiction and mental illness recover. This is done by learning how to change their thought patterns and remove their dissonance through various methods of therapies such as cognitive-behavioral therapy (CBT).

What is Cognitive Dissonance?

Cognitive means thinking, and dissonance means a lack of harmony between two things. When you put the two together, cognitive dissonance is when two thoughts, attitudes, beliefs, or behaviors are out of whack. This can make someone feel psychologically uncomfortable.

The term cognitive dissonance was first coined in 1957 by Psychologist Leon Festinger. In his book titled, A Theory of Cognitive Dissonance, Festinger’s hypothesis was centered around the notion that people can develop a pre-existing condition in which they have to always check that they’re acting in accordance with what they believe. This is called internal consistency. When one’s beliefs become inconsistent or conflicting, this leads to disharmony and conflict, which is what most people try to avoid.

In other words, as cognitive dissonance is described as a person who experiences feelings of internal discomfort, as a result of having two opposing cognitions in their mind at the same time, Festinger’s theory was correct.

It was proven that individuals tend to look for some sort of stability and dependability with their attitudes, perceptions, and thoughts. But, oftentimes, their beliefs and actions/behaviors do not match up. People fail to realize that everyone has different feelings and beliefs, which will influence how they are going to behave. The saying actions speak louder than words rings true in this case.

When someone wholeheartedly believes in something, and it is challenged, that makes someone angry and they act on it without thinking. This causes distress and tension, affecting one’s ability to function normally.

As established, dissonance is a lack of agreement between thoughts, feelings, and behaviors. People tend to act on their feelings/emotions, but do so impulsively.

Therefore, to remove or resolve this dissonance all together, people have to do what is called, “explain something away.” This involves taking a number of steps and actions to overcome the discomfort by doing one of the things below including:

The Relationship Between Cognitive Dissonance and Addiction

The theory of cognitive dissonance has serious implications and the role that it plays in those with addiction helps specialists understand the reasoning behind how an individual with a substance use disorder thinks vs someone without one.

Addicted individuals crave drugs and alcohol, which distorts their ability to process information. When making the choice of whether to use or not, they believe in holding onto the ideas and comfort of engaging in things that they know are bad and irrational to a majority of other people.

This is because the cognitive dissonance theory explains that people are willing to increase their own delusional ways of thinking to protect themselves from reality. It is similar to why a person drinks and takes drugs to cope and numb themselves from the discomfort or pain they are feeling.

Again, an addict’s brain is different from someone who is not addicted to drugs and alcohol. For example, a person who tends to binge drink will justify their behavior by saying it is just a couple drink when in reality it is an excessive amount in a short period of time.

Someone with addiction experiences cognitive dissonance often. They tend to modify their thought processes to support their cravings and addictive behavior, in order for them to feel or assure themselves that their choices or how they are acting is more favorable than it actually is.

There is so much evidence that details how alcohol and drugs destroy lives, but addicted individuals will still justify the means, and view these substances as their form of support. People with cognitive dissonance blame their addiction issues and the reason why they drink excessively is that they have problems in their lives. Examples of how cognitive dissonance affects a person with substance abuse include the following:

A big component of cognitive dissonance and addiction is denial. People who are addicted to substances tend to deny that they have a problem, to begin with. Those with this distorted way of thinking may not even realize that they have a problem, or if they do, they ignore it. They believe that no amount of help is needed, there is no help available, or that treatment can’t help them and recovery is unattainable.

People with addiction tend to feel alone, and the one thing that makes them feel whole is to drink and take drugs. Little do they know, overdose, coma, seizures, and death occur before finally deciding to get help.

However, there are fortunate individuals who see how their substance abuse is causing not only destruction in their lives but also with those who love them. They hold onto the belief that they will see better days and that recovery is needed to change their life.

In today’s world, people do things or have beliefs and opinions that sometimes leave us questioning humanity. Maybe they do not make much sense to you or other people, but everyone is different.

While it is true that people do crazy and illogical things, behaviors are linked and related to what we are influenced by biologically, environmentally, physically, psychologically, and socially. There are major factors that contribute to the cause of addiction and cognitive dissonance. These include:

There is no doubt that cognitive dissonance can have a powerful influence on our behaviors and actions.

People want to believe that they or others make good choices. Although, when something they once believed turns out too good to be true, it conflicts with their pre-existing beliefs about their decision-making abilities.

This theory of cognitive dissonance plays a major role especially for those who suffer from substance abuse. Addiction is a disease that already changes the chemistry of the brain and its ability to function normally. The regions that allow us to think and make decisions effectively have been damaged.

For someone with addiction issues, when dissonance comes into play, it greatly compromises their ability to make rational decisions. One could argue that drinking and taking drugs is ultimately someone’s choice.

However, while that may be true, evidence-based scientific research has shown that this disease plays mind games, controlling all aspects of a person’s life, mentally, physically, and socially.

In other words, cognitive dissonance works in tandem with addiction. It completely changes a person’s moral compass, which is why the choice they make to engage in these addictive behaviors is stronger than just willpower.

The neurotransmitters within the brain have been modified to now accommodate drugs and alcohol, essentially brainwashing people into believing that these substances are “good” for them. Without professional help, the cycle of addiction will continue.

When there are conflicts between cognitions (thoughts, beliefs, opinions), people will take steps to reduce the dissonance and feelings of discomfort. This is what addiction specialists at Granite Mountain specialize in.

Have you ever felt a sense of tension in your mind, but you weren’t sure why or what was causing it? This psychological phenomenon of cognitive dissonance is hard to detect, but for those with addiction, it is important to recognize. This can help be able to detect any underlying mental illness that can be a major contributor to someone’s addictive behavior. Co-occurring disorders (addiction and substance disorder coinciding) can be managed with dual diagnosis treatment.

Cognitive dissonance in a  way is mental illness within itself, and without treatment, the chances of relapse are high, and most importantly, it exacerbates an individual’s condition and hinders their chances of a successful recovery.

If you or a loved one is suffering from cognitive dissonance and addiction and would like to learn more about treatment options, contact us today! We will help you recover and get your life back!