Skip to content
Home  »  Alcohol   »   Youth Drinking in Arizona: Is This A Serious Problem? 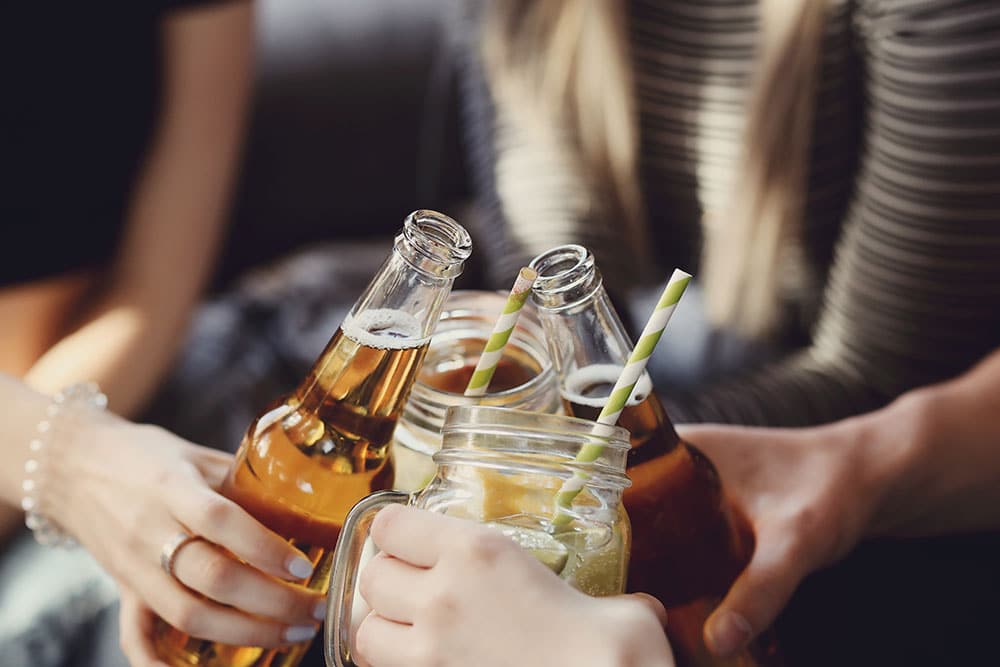 Underage drinking in Arizona is a very big problem. In 2017, 30% of high school students were found to have been drinking in the thirty days leading up to the survey. For someone with an addictive personality, one drink might be all that it takes for the person to get addicted to a substance. For addictive personalities it does not matter what age they are exposed to the substance, the risk is there. Alcohol addiction or alcoholism may even require treatment.

What is an Addictive Personality?

What Can Influence an Alcohol Addiction in Underage Drinkers?

Other things can lead an underage or an of age person to develop an alcohol addiction. While some things like personality can influence a person when it comes to addiction, several other things influence the situation like:

While these things matter to people of all ages, the environmental factor is especially relevant to minors. Children have little to no say in what environment they are introduced to. They often cannot leave their environment if they want to, even if it is extremely unhealthy.

Does Genetics Play a Role in Alcohol Addiction in Teens?

Genetics is also a factor in addiction. It is no less a factor for underage drinkers. Having family members who are addicted to substances influences any person’s susceptibility to addiction. It may also increase the minor’s exposure to alcohol. Having a family member who drinks will also model a very unhealthy lifestyle for the child. A child with at least one alcoholic parent is four times more likely to develop alcoholism themselves.

Drinking Alcohol: Can it Really Lead to Death?

14% of high school students binge drank within the 30 days before the survey was taken. A teen does not have to binge drink to be at risk for dying while driving under the influence. They can also be part of an alcohol-related violent crime. In a survey of 4,358 deaths of underage drinkers:

Why Do Teens Drink?

One of the reasons so many underage people drink is the desire for more independence. As a child grows it often steadily starts taking steps to become more, and more independent from its mother, father, and other caregivers. Some teens feel as though they do not have enough independence and they will rebel by drinking or participating in other risky behaviors to feel more independent. Independence is vital for a child’s success as an adult. Drinking is not a necessary part of this process though.

Other teenagers and other underage drinkers have more independence than ever and like to enjoy this newfound sense of freedom. Often the causes that motivate underage drinking vary from person to person.

What is Alcohol Poisoning?

Narcan is a nasal spray that can reverse an opioid overdose. Unfortunately, there is no equivalent to alcohol poisoning.

What are the Signs of Alcohol Poisoning?

What Do I do if Someone is Experiencing Alcohol Poisoning?

While some of these symptoms like difficulty remaining conscious might seem like they might be a normal part of simply being very drunk things like seizures, slow heart rate, and slow breathing are not. If a person shows more than one of the above signs, they might be experiencing alcohol poisoning. The person does not have to show every symptom on the list. Here are the steps to follow if someone you are around is or seems to be experiencing alcohol poisoning:

Call 911 or your local emergency number immediately. Never assume that a person will sleep off alcohol poisoning.

Be prepared to provide information. If you know, be sure to tell the hospital or emergency personnel the kind and amount of alcohol the person drank, and when.

Don’t leave an unconscious person alone. Because alcohol poisoning affects the way your gag reflex works, someone with alcohol poisoning may choke on his or her own vomit and not be able to breathe. While waiting for help, don’t try to make the person vomit because he or she could choke.

Help a person who is vomiting. Try to keep him or her sitting up. If the person must lie down, make sure to turn his or her head to the side — this helps prevent choking. Try to keep the person awake to prevent loss of consciousness.

Can Alcohol Poisoning Kill You?

A person who is experiencing alcohol poisoning often has no gag reflex and can choke on their own vomit.

Someone who is experiencing alcohol poisoning can die from a lack of oxygen to their brain. This can happen when their vomit gets into their lungs.

Someone can become severely dehydrated from vomiting too much while they are experiencing alcohol poisoning. This can lead to dangerously low blood pressure and a fast heart rate.

A person with alcohol poisoning is at risk of hypothermia. Hypothermia is when the body temperature drops too low. This can lead to cardiac arrest.

Alcohol poisoning can cause someone’s heart to beat irregularly, or sometimes even stop beating at all.

Any of these things can cause severe brain damage and/or death.

It is important to remember that in the survey mentioned above it was found that 90% of the alcohol consumed by teenagers was consumed in a binge drinking session. Binge drinking is the most likely way that a person will experience alcohol poisoning. Other causes of death and injury are not directly linked to binge drinking in particular. 14% of teenagers were found to have ridden in a car that was driven by someone who had been drinking. The survey did not indicate how much the drivers had been drinking.

It is illegal to use fake identification to purchase alcohol in Arizona. If a teen is caught trying to use a fake ID, they can be charged with a class 3 misdemeanor and they could go to jail. Underage drinkers who are under 18 years old might be sent to juvenile detention.

Besides very possible legal trouble if an underage drinker is caught with alcohol or found to be under the influence of alcohol by the police, a minor needs to have to follow up after they are found to be drinking. Because the brain isn’t developed until age 25 brain damage might be even more worrying. Underage drinkers sometimes do not have their high school diploma yet. Alcoholism and/or trouble with the law can either stop a person from attending school or at least encourage them not to.

What are the Effects of Alcohol Addiction on a Teen?

Truancy in Yuma county, Arizona, for example, is defined as a child between six and sixteen years of age with five or more unexcused absences from school. Arizona takes truancy very seriously and there are criminal repercussions for a child who does not attend school.

One reason that a child might not attend school is to drink. Many schools have zero tolerance for drinking on school premises. If a student is caught drinking on school grounds then the student might be expelled depending on the school. Some of the legal consequences for truancy are a fine up to $500 and possibly a thirty-day jail sentence.