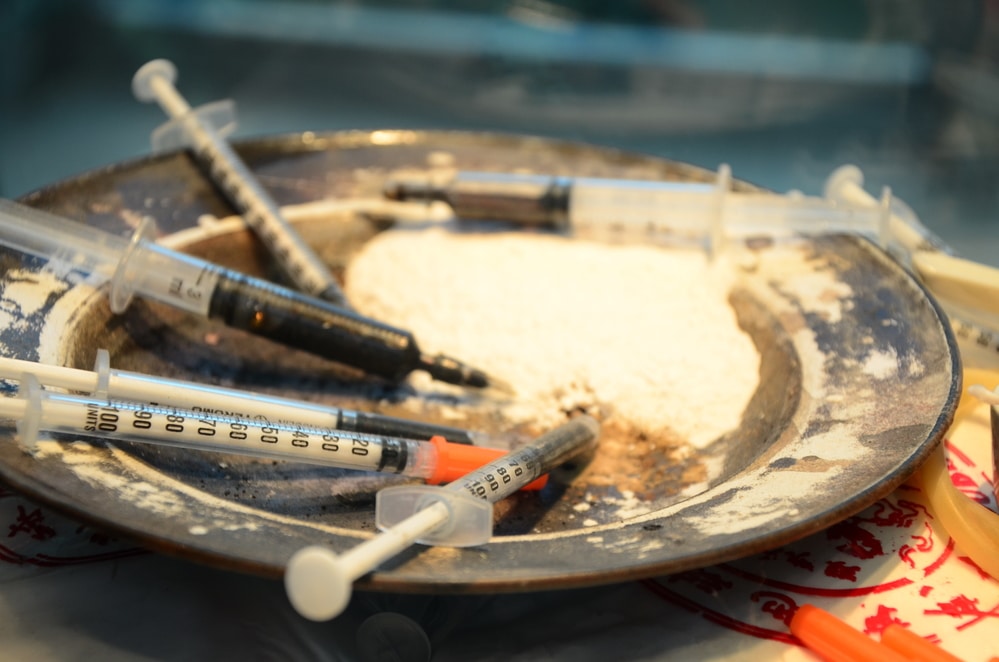 The use of heroin has become more widely used, doubling between 2007 and 2012.  The effects of this drug are dangerous and can be deadly.  It is highly addictive, even if you try it only once or twice.  If you or your loved one is dealing with a heroin addiction, you do not have to fight it alone.  Our specialists at Granite Mountain Behavioral Healthcare are right here in Prescott Valley, Arizona, and can help you win this battle.

The three ways that heroin is used are:

Most heroin users prefer the latter method of injecting because it gets them the quickest high. It is also the most dangerous method.  By injecting, you can overdose more quickly, but also be at risk of becoming infected by a contaminated needle.

Heroin originated in Mexico, Asia, and South America from a flower, the opium poppy.  It can come in the form of white or brown powder, or black tar.  In the early 1800s, French pharmacist, Friedrich Serturner discovered how to isolate morphine, one of opium’s active ingredients.

Morphine was widely used to treat pain and cure opium addiction before the discovery of its addictive properties.  Morphine was used in the United States during the American Civil War to manage pain from battle wounds.  In 1874, an English chemist, Charles Romney Alder Wright experimented with mixing morphine with different acids.  He is credited for inventing a new chemical called diacetylmorphine, or diamorphine, which is heroin.  It was similar in structure to morphine but was two to three times stronger.  Heroin is created when reacting morphine with other acids.  To put it simply, heroin is morphine with a small chemical compound added to it.

Heroin was not always known as the street drug as it is today.  Its name was first used by the pharmaceutical company, Bayer, as a brand name in 1898.  People reported having a heroic feeling after using the substance.  Bayer marketed the drug in the United States as a non-addictive pain medication. Up until the 1920s, it was prescribed to adults and children as cold medicine and for other pains.  Heroin use and misuse rose rapidly during the decades of its legal use.  The addictive substance became illegal in 1924 and is still illegal to this day.

Why Is Heroin Addictive

Heroin users take this drug for the rush of good feelings and happiness that it gives them right after taking it.  Then, for several hours after, your world begins to slow down.  Your thinking process is slower and your actions, such as walking slow down as well.  Users report that they feel like they are in a dream, protected by a blanket without worries.

That dream-like state and freedom of worries can be extremely addictive to anyone who is attempting to escape or treat anxiety and other stressors. Heroin can be uniquely addictive to individuals who have mental health issues.  An Illinois study found that 75% of users suffered from mental health conditions such as depression, ADHD, or bipolar disorder.

After smoking, snorting, or injecting heroin, it enters the brain and is then converted to morphine and binds rapidly to opioid receptors.  As mentioned earlier, users will get a surge of pleasurable sensation, like a rush.  This feeling is followed by a warm flushing of the skin, dry mouth, and a heavy feeling in the extremities.  Heroin users may also experience nausea, vomiting, and severe itching.  Once the initial effects start to wear off, users will become drowsy for several hours, experiencing cloudy mental function, slower heart rate, and life-threatening slowed breathing.  When breathing is slowed down, users risk slipping into a coma and suffering from permanent brain damage or even death after an overdose.

Repeated heroin use can alter the physical structure and physiology of the brain, resulting in long-term imbalances in neuronal and hormonal systems that are not easily reversed.  Users risk deterioration of white matter in the brain that can affect a person’s ability to make decisions, regulate behavior, and respond to stressful situations.  Tolerance is another long-term effect when more and more of the drug is required to get the same results.  Heroin produces significant degrees of tolerance and physical dependence.  Physical dependence means that the body is accustomed to the presence of the drug, and withdrawal symptoms occur when use is drastically reduced.

Heroin withdrawal can occur shortly after the last use, often within a few hours.  Some withdrawal symptoms include:

During the first 24-48 hours is when significant withdrawal symptoms occur, but usually, subside after about a week.  In some cases, withdrawal signs can last for many months.

Heroin Use Disorder is also an effect of heroin use.  It is defined as a chronic relapsing disease that goes beyond physical dependence and is identified by uncontrollable drug-seeking without regard for the consequences.  Once a person develops a heroin use disorder, seeking and using the drug becomes their primary purpose in life.

Changing Your Focus to Fight the Addiction

Heroin addiction is lethal, but there are a variety of treatments that can help you overcome your heroin use disorder.  Two types of effective therapies are behavioral and pharmacological.  Either one of these treatments assists with restoring a degree of normalcy to brain function and behavior, resulting in increased employment rates and a lower risk of contracting HIV and other diseases and criminal behavior.  Research shows that in many cases, the integration of both of these treatments is the most effective approach.

If you or a loved one are struggling with a heroin addiction, your focus does not have to be on getting your next high, but on ending this vicious cycle of addiction.  Contact one of our Granite Mountain Behavioral Healthcare specialists today at (928) 756-0694 or online by clicking here.