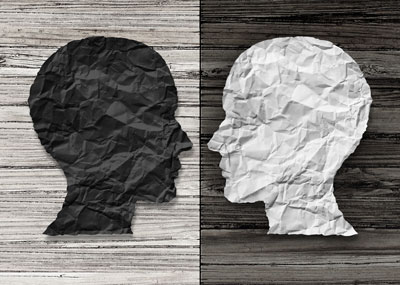 When you are depressed you may feel surges of sadness and loss of interest/pleasure in hobbies and activities. On the other hand, when you are experiencing mania or hypomania, you may feel energetic and euphoric at times. These severe shifts in mood can affect your sleep patterns, judgment, behavior, and ability to think. Over time, people may turn to drugs or alcohol to cope with their bipolar disorder symptoms. This can eventually evolve into a dual diagnosis or co-occurring disorder (suffering from a mental condition and an addiction).

Dual diagnosis cases of bipolar disorder and addiction can be extremely problematic and dangerous. While those who turn to drugs may believe that alcohol and drugs will relieve their disorder, this is not the case. Typically, the mental condition and the addiction both feed off each other and end up making the situation much worse. If you or a loved one is suffering from bipolar disorder or addiction, Granite Mountain is ready to help.

A Closer Look at Bipolar Disorder

Bipolar disorder is characterized by intense mood swings. These two mood swings include mania/hypomania and depression. Both of these states are on opposite spectrums of each other and can be incredibly stressful and confusing. These episodes of mood swings can occur multiple times throughout the year or rarely. The symptoms and frequency of bipolar disorder vary from person to person, with someone not even experiencing episodes at all.

Bipolar disorder can be extremely stressful and can impact multiple areas of a person’s life. They may struggle in relationships, at school, at work, or in other areas of their lives. The early symptoms of bipolar disorder can appear at any time, however, it’s usually spotted in a person’s early 20s. These symptoms differ greatly from person to person.

Unfortunately, Bipolar disorder is a lifelong condition but with this, in mind, there are still ways to cope with its symptoms and manage mood swings. Professional treatment can help you get to a better place, especially if you are struggling with a dual diagnosis. These cases require intensive treatment help and residential treatment is recommended.

The Symptoms and Types of Bipolar Disorder

Bipolar II on its own is not considered a milder form of Bipolar I, it is an entirely different diagnosis. Manic episodes in particular can be dangerous and risky for those with Bipolar I disorder. For cases of Bipolar II disorder, depressive states can be problematic in the long run.

Mania, hypomania, and major depressive episodes are some of the most brutal symptoms of all bipolar disorders. While a person may not experience all of these episodes (depending on the diagnosis), it’s important to know the signs. 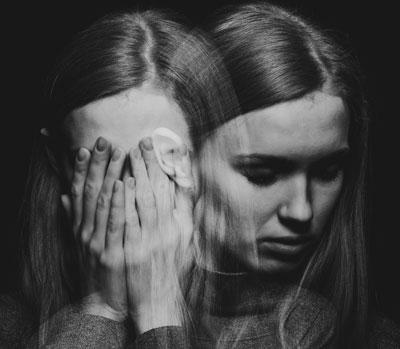 Mania and hypomania have the same signs and symptoms but are different from each other. Mania is a more severe version of hypomania and can cause several problems in a person’s functioning life. In severe cases, mania can trigger psychosis (a break from reality), which can lead to hospitalization. Some of the signs of manic and hypomanic episodes include (at least 3 of these symptoms are seen):

These extreme and radical shifts in mood can last for days or even weeks. Episodes can be spontaneous and may happen a few times a week or a few times a year. Drugs and alcohol tend to change the brain’s reward system, which makes drug-seeking a constant habit. During episodes, a person may turn to drugs and alcohol to cope with the symptoms.

As co-occurring disorders, both bipolar disorder and addiction require professional and intense support. Combining the risky and potentially dangerous behavior of manic episodes with drugs can end up being deadly. What makes bipolar disorder and addiction such a tricky combination is that both tend to have the same symptoms. Both may create energetic and euphoric moods and depressive periods This is why it’s important to have a medical professional properly diagnose you or a loved one.

In cases of a dual diagnosis, it is best that both conditions are treated separately but at the same time. Tackling two disorders at the same time can be a tricky and complex process, that’s why it’s best to treat the two disorders separately. Treating co-occurring disorders like bipolar disorder and addiction usually used a mix of different therapy options and medication (for addiction and mental illness).

Typically the very first process is detoxification. This is where a person’s body is purged of any substances and drugs. During this process, a person is supported through any withdrawal symptoms they may experience (with medication or therapy). Detox helps relieve some of the withdrawal symptoms of quitting drug use and opens the door for other treatment options. At Granite Mountain BHC, we offer comprehensive from the start to the end of your journey here.

Medication for Bipolar Disorder and Addiction

During dual diagnosis treatment, a person will be given specific medication to help relieve cravings and the withdrawal symptoms of addiction. The type of medication that will be used depends on the substance that’s being abused (as symptoms and effects differ). 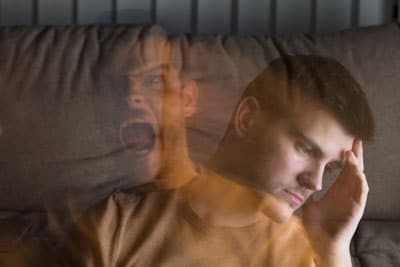 Medication can be a vital part of dual diagnosis treatment for both conditions. These can help relieve withdrawal symptoms and some of the manic/depressive episodes associated with bipolar disorder. With this in mind, medication is not all that’s needed to successfully overcome addiction and the effects of bipolar disorder

Therapy is a fundamental part of all mental illness and addiction treatment cases. Several behavioral therapies are used to help a person cope with their feelings, thoughts while learning new skills along the way. Therapy is vital for coping with mental disorders like bipolar disorder. One of the most widely used therapy types is cognitive behavioral therapy (CBT).

CBT can be used for both addiction and bipolar disorder treatment. CBT focuses primarily on the thoughts and feelings of a person (when struggling with both disorders). By pinpointing and working through the thoughts that lead to manic and depressive behaviors, a person can better understand their actions. Addiction treatment also includes CBT as a way to understand why they used drugs, to begin with.

Other therapy options can be used for bipolar disorder and addiction treatment. Depending on the case and a person’s preferences, some of these may work better than others. Commonly used types of therapy for co-occurring disorders include some of the following:

At Granite Mountain, we make sure that you and your loved ones are comfortable and supported through your journey. Co-occurring disorders like Bipolar disorder and addiction can be crippling for everyone involved. However, it is not too late to get help. Let us be a guide to a better life. We offer a variety of treatment options with you in mind. Contact us today to learn more about our treatment options and addiction resources.